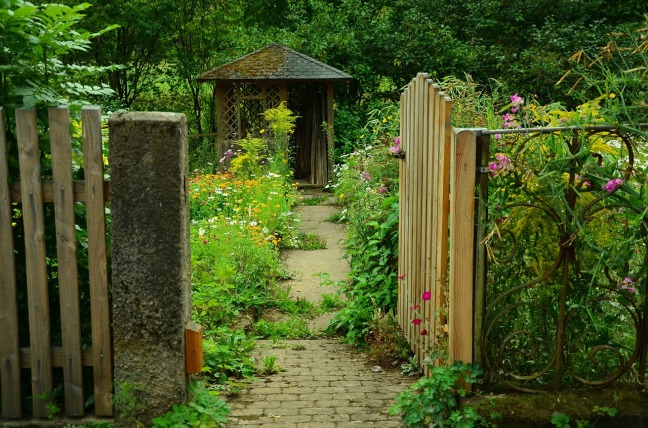 Before moving on with the study of man’s free will vis-à-vis the sovereign and unchangeable will of God, I want to go back just a moment to the article on Adam. Some of what follows is repetition from earlier posts, but bears repeating for the sake of clarity.

Since the posting of earlier articles dealing with Adam, I learned an additional concept that I wish I had noticed myself. Honestly, I have had very few original thoughts in my life. Virtually everything I know comes from sources other than my own intellect. I owe this particular thought to A. W. Pink, although I am sure there have been many, many people who have noticed it before.

It was not Adam who sought God, but God who sought Adam, and this has been the order ever since. A. W. Pink

Following hard on the heels of his sin, the realization of his nakedness, and his own attempts at covering both his nakedness and his sin, Adam did not go seeking after God for forgiveness and redemption. Instead, he hid from God – the natural reaction for fallen man. Adam did not go looking for God; God came in search of Adam.

This set the pattern for all of the history of humankind. No person of his or her own will goes searching for God or calls on Jesus for salvation (Rom. 3:10-12). Instead, God goes searching for lost and fallen people. In fact, God pursues us, even though, like Adam, our natural instinct is to run away from God and to hide.

If we find God – if we find salvation in Christ – it will be because God called for us first and we answered. This is what Jesus meant when He said, “No one can come to me unless the Father who sent me draws him. And I will raise him up on the last day.” (John 6:44)

Adam made a sincere effort to amend his condition through the exercise of his will and by his own means, and though he succeeded to some degree in covering the evidence for his sin (nakedness), he could not make a sufficient covering (the meaning of atonement) that would bring reconciliation with God or restoration to his pre-fallen condition.

In the Old Testament, the Hebrew word making atonement meant “to cover, to forgive, to expiate, to reconcile… At its most basic level, the word conveys the notion of covering but not in the sense of merely concealing. Rather, it suggests the imposing of something to change its appearance or nature.” (Complete Word Study Bible Dictionary)

This was the problem with Adam. Behind the façade of the fig leaves, he was still the same rebellious sinner in spite of his works or his efforts to atone for (cover up) his sin. The fig leaves may have covered his nakedness, but they could only conceal. They could not change Adam’s appearance or his nature.

This past week, I had a very open discussion with some very faithful church members who very graciously questioned me about the subject of free will. Having read some of the articles in this series, they had several questions, which all boiled down to whether or not man has free will. They wanted to know if I was saying in this series of articles that man does not have free will.

I did my best to explain the concept and understanding that is driving this series on the subject, though I probably made matters worse instead of better, simply because the time was so limited. I will try to summarize what I have written about so far in order to try to put the idea into perspective.

First, man does certainly have will, but I propose that his will is not free, because he operates in a limited environment where he does not know all of the options to choose from and is bound by particular commandments from making certain choices among the options that are available.

For example, while all of the trees of the Garden that produced fruit were available to Adam for sustenance, in the immediate context of the center of the Garden, there were only two trees. And God gave a specific command that Adam was not to eat of one of those trees.

God did not give Adam free will, but He did give Adam the ability to choose to be obedient to God’s command.

Secondly, God did not give Adam free will, but He did give Adam the ability to choose to be obedient to God’s command. However, the choice was not free, because while Adam had the ability to choose, God limited his choice to one tree by prohibiting his choice of the other. Once Adam bought into the idea that his will was free, as pointed out by the serpent, he intentionally disobeyed God’s will and ate of the prohibited tree.

At that point, Adam lost access to the Tree of Life. From that point forward, all of his choices would be made in the context of the Tree of the Knowledge of Good and Evil whose fruit produces death. All of his choices would be concerned with good and evil, with right and wrong. All of his choices, no matter how right, could ever achieve righteousness and would, in fact, result in death, because that is the context to which they were limited. Adam may have believed that his will was free, but the exercise of his free will would always result in death, because his will was corrupted.

Thirdly, even if we assume that Adam’s will (and that of all subsequent descendants) was free, his choices are further limited by his spiritual blindness and limited access to the things of God. Man, in his natural state, cannot choose life because he is barred from access to the Tree of Life. He cannot choose what he cannot see or have access to.

For man to see the option of life as a choice, God must call him and make life available to him. For man to know the Father to the point that he would choose to follow Him, Christ must choose to reveal the Father to him. (Matt. 11:27) The implication is that there are people to whom God chooses not to reveal and not to call.

Finally, man’s will does come into play in the matter of salvation. That is what we refer to as repentance. Repentance is not saying we are sorry for our sin, although such confession is certainly a part of the process. Repentance literally refers to having a change of mind. It refers to a complete turning from the sin that controls our lives and curses us to death and turning to the Savior, Jesus Christ, and His perfect will. Unless there is a turning to as well as a turning from, then there is no true repentance.

Repentance – the ability to turn from sin and to choose Christ – is itself a gift from God.

Repentance – the ability to turn from sin and to choose Christ – is itself a gift from God. The faith that leads to repentance – that is, our ability to believe – is instilled in our hearts as we encounter the word of God and the will of God to call us to salvation (Rom. 10:17; 1 Peter 1:23). Even our confession of Christ as Lord is a gift from God (1 Cor. 12:3).

I know that I have not answered all the questions that might continue with the reader. I must confess that I myself do not comprehend all of the facets of the question related to man’s will.

Does man have free will? I propose that his will is not free because of the limitations mentioned in the article of limited options, specific commandments, and ready access. Yet if one defines the term “free will” simply as man’s ability to choose, then yes, he does have free will. The point I want to make is that, when it comes to salvation or of coming to a right relationship with God, man’s will is useless until it is first acted upon by the grace of God.

For now, I will close with a question for your consideration posed by Augustine of Hippo (354-430 A.D.):

Now if faith is simply of free will, and is not given by God, why do we pray for those who will not believe, that they may believe? This it would be absolutely useless to do, unless we believe, with perfect propriety, that Almighty God is able to turn to belief wills that are perverse and opposed to faith. Man’s free will is addressed when it is said, “Today, if you will hear His voice, harden not your hearts.” But if God were not able to remove from the human heart even its obstinacy and hardness, He would not say, through the prophet, “I will take from them their heart of stone, and will give them a heart of flesh.” Ezekiel 11:19