A study of Habakkuk’s encounter with God. [i] 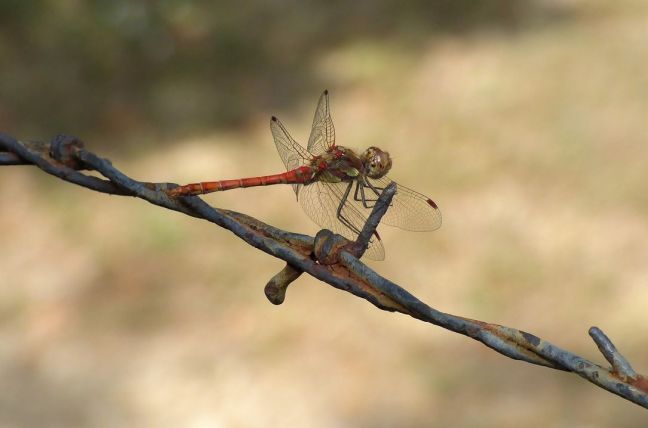 The section referred to as Minor Prophets is composed of the writings of twelve men – prophets of Israel – who served, along with the Major Prophets, as the voice of God to a nation that continued throughout its history to disobey God’s command to evangelize the world and to obey the Law as given through Moses.

These writers are referred to as Minor Prophets, not to diminish their importance, but only because their writings are not as lengthy as the Major Prophets of Isaiah, Jeremiah, Ezekiel, and Daniel.

One of those Minor Prophets was a man named Habakkuk. The book that bears the prophet’s name is a very short book in the latter part of the Old Testament. The book is so small (only three short chapters) that you may never have read it or heard a series of lessons or sermons preached from it.

…this book is one of the most profound books in the Old Testament and is strikingly applicable to the conditions of our nation and our world in the 21st century.

Yet this book is one of the most profound books in the Old Testament and is strikingly applicable to the conditions of our nation and our world in the 21st century.

If you read the paper or watch the news or check the headlines online, then you are well aware of the state of our nation and of our world. It is not a pretty picture. It doesn’t take much to convince us that the world we live in is a messed up place.

We are overwhelmed by wars and violence, terrorism and fear, political infighting, governments that seem to be out of control, and wickedness in high places. Add on top of that all of the natural disasters that we hear reported – seemingly on a daily basis. If the polar ice cap doesn’t melt and drown us, then a rogue asteroid is destined to destroy the earth.

It’s easy to get discouraged and just throw our hands up in despair.

Such a desperate state of affairs leads the world, including Christians, to ask some serious and difficult questions:

The book of Habakkuk deals with these very questions.

I first studied Habakkuk in preparation for a single sermon in a series of sermons that dealt with the concept of focusing on Christ and keeping focused on the mission and the vision of the church. However, as I studied, I realized that there was much more in these three short chapters than could easily be dealt with in a single sermon.

I encourage you to read Habakkuk in its entirety, which is easy to do in one sitting since it is only three chapters. In fact, you should do so before reading the remainder of this article.

The time period for the writing of Habakkuk is uncertain, but some features of the book indicate an approximate time period. The following introduction to the book comes from The International Bible Society:

The prediction of the coming Babylonian invasion (1:6) indicates that Habakkuk lived in Judah toward the end of Josiah’s reign (640–609 b.c.) or at the beginning of Jehoiakim’s (609–598). The prophecy is generally dated a little before or after the battle of Carchemish (605), when Egyptian forces, which had earlier gone to the aid of the last Assyrian king, were routed by the Babylonians under Nabopolassar and Nebuchadnezzar and were pursued as far as the Egyptian border (Jer 46). Habakkuk, like Jeremiah, probably lived to see the initial fulfillment of his prophecy when Jerusalem was attacked by the Babylonians in 597. [ii] [iii]

Habakkuk’s name meant “embrace,” which could have several applications in the book. It could refer to the love that God has for his people – how he embraces them with tender, loving arms to care for them, often through harsh measures, until He calls them home. It could refer to a man clinging or holding fast to divine wisdom – seeking to hold on for all he is worth to the truths he has come to assume about God.

On the other hand, the most likely meaning refers to Habakkuk’s embrace as a wrestling hold. He has set his mind to wrestle with God until he gets answers to his questions – answers that coincide with his preconceived notions about who God is and how He works. With words and with a boldness like that found nowhere else in Scripture, Habakkuk questions God as if he were a prosecutor in a court of law – and he demands an answer.

And God does answer, though certainly not in the manner that Habakkuk expected.

And God does answer, though certainly not in the manner that Habakkuk expected.

After making his case to God, demanding to know when God was going to deal with the wickedness of Judah, Habakkuk waited in anticipation for God to respond. The book of Habakkuk is the record of the things that Habakkuk saw as God revealed a vision to him, revealing not only a prophecy of coming events that would answer Habakkuk’s questions, but also revealing characteristics of God that Habakkuk had never imagined.

The book of Habakkuk begins with a very short, one-verse preamble…

Hab. 1:1 The burden (the difficult-to-bear revelation) which the prophet Habakkuk saw.

Then we move on to verse 2, and BAM! Without any forewarning, we find ourselves caught up in an argument between the prophet and God himself. Actually, there is only one person arguing. God, as always, patiently listens, prepared to answer as soon as Habakkuk takes a breath after his rant.

In verses 2-4, we hear the burden of Habakkuk.

3 Why do you make me see iniquity, and why do you idly look at wrong?
Destruction and violence are before me; strife and contention arise.

4 So the law is paralyzed, and justice never goes forth.
For the wicked surround the righteous; so justice goes forth perverted.

Apparently, Habakkuk has been praying and fasting and seeking God’s answer to these and similar questions for a long time. His burden for the people of Judah and the extent of their wickedness has brought him to the point of desperation. As we listen to his protest beginning in verse two, he finally seems to lose control and to make extreme demands on God to answer.

In verses three and four, Habakkuk registers a litany of items – a laundry list of evil – for which he demands God’s immediate attention. When you read them, you realize that Habakkuk is repeating himself, a good indication of the frustration he is experiencing.

In summary, the country that is his home seems to be overwhelmed by…

Habakkuk is full of anxiety because wickedness and violence, injustice and perversion have dramatically increased. Not only that, but these things seem to have gained the support and the protection of as well as promotion by the very systems of government designed to prevent them – the lawmakers, the courts, and law enforcement.

Habakkuk realized that the only hope for the nation was a supernatural touch from the hand of Almighty God.

His words in verse two indicate that Habakkuk understood that these issues in Judah no longer had a political, economic, or social solution. The only remedy for this level of wickedness was spiritual. Habakkuk realized that the only hope for the nation was a supernatural touch from the hand of Almighty God.

(Does any of this sound familiar?)

The word “violence” (hamas in Hebrew) plays a very prominent part in Habakkuk’s prayer. He uses the term six times in the first two chapters of his book. Perhaps Habakkuk chooses this specific word as a means of reminding God of earlier occasions when such violence brought on serious judgment, for we see the same word used in the condemnation of the pre-Flood civilization.

The Bible is also very clear how God will deal with those who use violence against Israel.

Obadiah 1:10 For violence against your brother Jacob, shame shall cover you, and you shall be cut off forever.

Joel 3:19 Egypt shall be a desolation, and Edom a desolate wilderness, because of violence against the people of Judah, for they have shed innocent blood in their land.

Yet the violence and the injustice that had Habakkuk so upset were not coming from outside threats, but from inside of Judah. His own nation – the chosen people of God – were the guilty party in this case.

Isaiah 60:18 Violence shall no longer be heard in your land, neither wasting nor destruction within your borders; but you shall call your walls Salvation, and your gates Praise.

Now Habakkuk was ready for God to answer his prayers and to fulfill this prophecy, and, beginning in verse 5, God does begins to answer Habakkuk.

Right about here, we should expect to hear Habakkuk breathing a sigh of relief as he prepares to hear the message from God. He will listen carefully because, as a prophet, he will be the one assigned to carry the anticipated message of God’s strong hand of judgment against the nation of Israel.

…if Habakkuk had any preconceived ideas of what God’s message might contain, he was in for the shock of his life.

However, if Habakkuk had any preconceived ideas of what God’s message might contain, he was in for the shock of his life.

Things were going to get much worse before they improved.