Matt. 4:17 Jesus began to preach, and to say, Repent: for the kingdom of heaven is at hand. 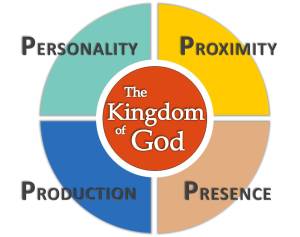 In an earlier article, I wrote, “…if we are wrong in our understanding of the theology of God, then all of our other doctrines are equally as wrong. The knowledge of God is fundamental and foundational to all other beliefs.”

I believe the same thing is true of our understanding of the kingdom of God and how Jesus fits into God’s plan for that kingdom.

In the New Testament story of the ministry of Jesus as recorded by Matthew, Jesus’ shortest sermon was Matthew 4:17 – just nine words. The next chapter of Matthew, Chapter 5, begins the longest sermon of Jesus – just over 2500 words in the KJV.

Jesus’ first recorded sermon in Matthew was not original with Him. The people had heard John the Baptist preach the exact same sermon, almost word-for-word, many times over. (Matt. 3:2) However, when you think about it, where did John the Baptist get the sermon?

Matt. 4:23 Jesus went about all Galilee, teaching in their synagogues, preaching the gospel of the kingdom…

When Jesus commissioned his disciples to go throughout the land proclaiming the word of God, what was the sermon He instructed them to preach?

Because of the proximity of the two sermons, one commentator [i] said that this sermon in Matt. 4:17 is the introduction to and a summary of the Sermon on the Mount.

THE PERSONALITY OF THE KINGDOM 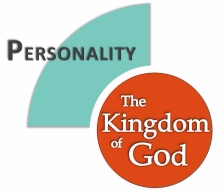 All of us have a kingdom – or a queendom – a realm that is our own, where our choice determines what happens. It is what defines us as a person or an individual. Our “kingdom” is simply “the range of our effective will.” Whatever we genuinely have the say over is in our kingdom. It is what consumes us in all of our plans and dreams. [ii]

God’s own “kingdom,” or “rule,” is the range of his effective will, where what He wants done is done. And that which consumes the Father is the Son.

The kingdom is the Son

Where the king is, there is the kingdom. That is why Jesus would say to the Pharisees in…

Jesus himself is the kingdom of God.

So when Jesus speaks about the kingdom, He is not simply talking about the realm over which He reigns (heaven and earth) or the people over whom He is Lord, but of the authority that is given Him to rule.

Matt. 28:18 All authority in heaven and on earth has been given to me.

Therefore, the kingdom is not just about a place or a people but about a Person, the power or authority He possessed, and the relationship we have with him.

Jesus is the Personality of the Kingdom of God.

[i] One of the primary sources for my blog is previous sermons. Unfortunately, I did not record all of the sources for things I used in my sermons. I will confess that everything I know I learned from someone else. I will write very little original material. I apologize in advance that I will now be able to document where I learned all that I know. I pray you will be forgiving. If you know the original source for something that I seem to be taking credit for, feel free to gracefully inform me and I will give proper attribution.