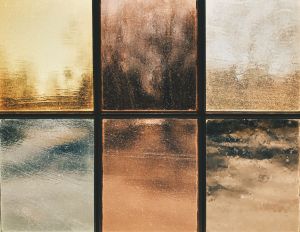 There are many reasons people do not believe in the eternal security of the believer. Among them are…

I know that this is not an exhaustive list, but in the next several articles, I want to address these reasons, though not particularly in any order.

I believe the primary reason people believe that a person might lose salvation or fall from grace is a poor and unbiblical concept of God. (Notice that I did not say “lose his or her salvation.” These are possessive pronouns. Their use in this manner implies that we believe that salvation is ours to achieve and maintain. Yet the Bible makes it very clear that “Salvation belongs to the Lord.” More on this later.)

The creation is the venue in which the plan of redemption comes to fruition and plays out in the lives of men against the backdrop of the Universe. Why God determined to use this method of revealing and fulfilling His plan we may never know until we stand in His presence following the judgment.

Some teach that God could have used a variety of methods, but chose this one as the best among all possibilities. I believe something different.

I do not believe God chooses among possibilities, or that He chooses between right and wrong or good, better, and best. What God does determines what is right or wrong, as well as what is good, better, or best. He does not choose righteousness. He defines it. He does not depend on our understanding or our approval.

Isaiah 45:19 I the LORD speak righteousness, I declare things that are right.

God is perfect and everything that He does is perfect. The reason He revealed himself and the plan of redemption through a Universe that would immediately become corrupted by sin is that this is the only way it would work.

Furthermore, God is omniscient. He knows all things, and He has always known all things. There is nothing for God to learn. If there were, He would not be omniscient and, by definition, could not be God.

After creating Lucifer, God did not learn later that Lucifer had rebelled against Him; He already knew about it. Because God’s purpose is perfect, cannot be thwarted, and will always be completed, the rebellion of Lucifer had to have been part of the plan.

After creating the earth and placing Adam in authority over it, there was a second rebellion, this one by man. God did not react to this sudden rebellion by instituting a plan to recover fallen man to His kingdom. That plan already existed before there was a need.

Since God is everywhere, knows everything, and possesses all power and authority, could He have prevented the temptation in the Garden? I believe the answer is an unequivocal “Yes.” Yet He did not. Apparently, everything that happened in the Garden was part of God’s purpose to enact an eternal plan of which redemption played the major role.

Isaiah 29:16 You turn things upside down! Shall the potter be regarded as the clay, that the thing made should say of its maker, “He did not make me”; or the thing formed say of him who formed it, “He has no understanding”?

Isaiah 45:9 Woe to him who strives with him who formed him, a pot among earthen pots! Does the clay say to him who forms it, “What are you making?” or “Your work has no handles”?

Romans 9:20 But who are you, O man, to answer back to God? Will what is molded say to its molder, “Why have you made me like this?”

I am certain that, not only did God know all of these things, but also that He knew them before the foundation of the world.

Psalm 139:13 For you formed my inward parts; you knitted me together in my mother’s womb… 16 Your eyes saw my unformed substance; in your book were written, every one of them, the days that were formed for me, when as yet there was none of them.

Just think on this! God recorded in His journal every day of my life before I ever had a life! Before I was ever conceived in the womb of my mother.

Psalm 56:8 You have kept count of my tossings; put my tears in your bottle. Are they not in your book?

We can argue about whether or not God determined all of these things before the foundation of the world, but the fact remains that He knew them and had the power to prevent them, but He did not. He allowed me to be born, knowing that I would preach a sermon in March 2018 while struggling to bear the pain of a ruptured appendix. He could have prevented it, but He did not.

God also knew every sin that I would commit in my life, and He knew it before the foundation of the world. Why, then, would He save me in August 1998 only to have to condemn me again the very next day? Is His power to save so impotent that it cannot preserve me and keep me in spite of my sinful actions?

The clear answer of Scripture is that the salvation gifted to me and to all who know Christ as Savior is permanent and durable through all our sinful failures. The durability of salvation is not dependent on the one who receives the gift, but on the eternal nature and the faithfulness of the One who through grace made the gift available before the foundation of the world.

Hebrews 7:20 Those who formerly became priests were made such without an oath, 21 but this one (Jesus, the Son) was made a priest with an oath by the one (God, the Father) who said to him: “The Lord has sworn and will not change his mind, ‘You are a priest forever.’” 22 This makes Jesus the guarantor of a better covenant. 23 The former priests were many in number, because they were prevented by death from continuing in office, 24 but he holds his priesthood permanently, because he continues forever. 25 Consequently, he is able to save to the uttermost those who draw near to God through him, since he always lives to make intercession for them.

Romans 11:29 For God’s gifts and His call are irrevocable. (He never withdraws them when once they are given, and He does not change His mind about those to whom He gives His grace or to whom He sends His call.) (The Amplified Version)