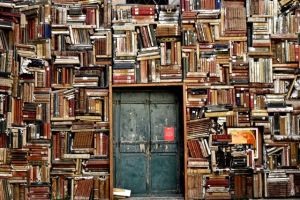 In the first article in this series on eternal security, I set out to establish the theological basis for any clear understanding of the subject. That basis is that God is sovereign in all things, including salvation.

Before moving on to the subject of sin and of man’s need for redemption, I want to add one additional thought to the concept of God, the author of redemption.

One of the distinguishing characteristics of God – and one of the most controversial characteristics – is His omniscience – that God knows all things. Among the questions that arise concerning this characteristic include “What does God know?” and “When did He know it?”

The most straightforward verse of Scripture that answers the first question concerning what God knows is found in 1 John.

In the Old Testament, Isaiah 46:10 says that God “knows the end from the beginning.” This does not mean that He can tell the difference between the two, but that He knows how all of history will end even before it began. The assumption is that He also knows everything in between the beginning and the end.

The statement in verse 10 of Isaiah 46 is actually an answer to a question God asked in verse 5: “To whom will you liken me and make me equal, and compare me, that we may be alike?” He goes on to discuss man-made idols which cannot move or speak or redeem.

When the Assyrians threatened the city of Jerusalem (1 Chronicles 32), their king, Sennacherib, warned the people that the Assyrian army was more powerful than the gods.

The king of Assyria was correct in pointing out that no other god had been able to prevent the nation of Assyria from conquering the people who worshiped them – at least, not until they came up against the one God who was and is omnipotent – Jehovah, the almighty God of Israel and of all the world.

Isaiah 46:​1 Bel bows down; Nebo stoops; their idols are on beasts and livestock; these things you carry are borne as burdens on weary beasts. 2 They stoop; they bow down together; they cannot save the burden, but themselves go into captivity.

Yet God can withstand and has withstood the most powerful attacks of both man and spirit, not just because He is omnipotent, but because He is omniscient. He knows the end from the beginning. He not only knows all things, but He sets events in motion and directs them until they achieve His desired and purposed end.

Among all the pantheon of gods, no other god but Jehovah maintained and wielded such a powerful weapon as the instrument of perfect prophecy. In Isaiah 41, God challenged any other god to prove their deity by foretelling the future.

At the end of the chapter, God gives the results of His challenge…

Isaiah 41:28 When I look, there is no one; among these there is no counselor who, when I ask, gives an answer. 29 Behold, they are all a delusion; their works are nothing; their metal images are empty wind.

God did prophesy future events and their outcomes, and He did so without error. This is one of the characteristics that declares His uniqueness among the gods worshipped by men. That is why in verse 9 He preceded the declaration of His omniscience by saying, “I am God, and there is no other; I am God, and there is none like me.”

Concerning the meaning of “declaring the end from the beginning,” many commentators believe as Alfred Barnes (1798-1870), who explained that the word “declaring” means “Foretelling accurately the course of future events.” [1]

John Piper adds that “God is not a fortune-teller, a soothsayer, a mere predictor. He doesn’t have a crystal ball. He knows what’s coming because he plans what’s coming, and he performs what he plans.” [2]

On the other hand, there are commentators such as John Macquarrie (1919-2007) who asked and answered, “Does this mean that the entire course of universal history is determined in advance? Not quite, for God could foresee not only what would in fact happen, but also all possibilities that might happen.” [3]

When God created Adam, did He know that Adam would sin, or did God stand by and wait in great anticipation to see if His experiment in creation would succeed? If there was the possibility of failure in God’s plan of creation, then He could be neither omnipotent nor omniscient. Since both of these are descriptors of God, and He were not omnipotent or omniscient, then He could not be God. We can’t have it both ways.

In relationship to God’s omnipotence, a related question to ask is “Could God have prevented Adam from sinning?” We might argue the case all day, but I believe that the weight of Scripture proves the answer is a resounding “Yes!” If God could not prevent evil from taking place, then He would not be omnipotent and, therefore, could not be God.

When Joseph told his brothers that what they intended for evil God intended for good, he did not refer to God’s reaction or to  His ability to turn mistakes into blessings. He meant that all that the brothers did to Joseph was a part of God’s intentional plan to deliver the family of Jacob from the famine that God had brought upon the land.

When God called Abram from the land of Ur, was it just a coincidence that He chose a man who would be obedient to God’s every command, or did God know Abram well enough to be completely assured that every decision Abram would make would be in accordance with God’s will and purpose? I call your attention to the Psalms.

Psalm 139:13 For you formed my inward parts; you knitted me together in my mother’s womb… 16 Your eyes saw my unformed substance; in your book were written, every one of them, the days that were formed for me, when as yet there was none of them.

How was God able to prophetically identify Cyrus by name (Isaiah 44:28) as the deliverer of Israel from Babylonian bondage one hundred years before Cyrus was born? Was it just luck or coincidence, or did God himself direct the events of history to bring about the fulfillment of His plan for Israel?

Was the crucifixion an unfortunate event in history where God’s plan of redemption was nearly thwarted? Or was all that happened during those days in perfect accord with God’s plan? Peter answered this question for us.

Acts 2:23 This Jesus, delivered up according to the definite plan and foreknowledge of God, you crucified and killed by the hands of lawless men.

Acts 3:18 But what God foretold by the mouth of all the prophets, that his Christ would suffer, he thus fulfilled.

What does God know and when did He know it?

He knows all things, and He knew all things before there was ever a Creation and things to be known about it. All of history is the unfolding of “the purpose of him who works all things according to the counsel of his will.” (Ephesians 1:11)

This is critical knowledge when dealing with the subject of eternal security.