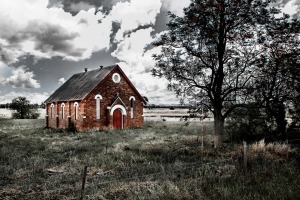 The next part of this study on repentance is admittedly somewhat subjective. What I mean is that the concept of repentance as a gift from God will be acceptable only to those who have a particular view of the sovereignty of God.

God did not create the Universe on a whim, but on purpose for a purpose – a very specific purpose. Paul refers to God’s eternal purpose in Eph. 3:11, which He purposed in Christ Jesus. God created the plan of redemption before He created the heavens, the earth, and man.

2 Timothy 1:9 He (God) has saved us and called us to a holy life – not because of anything we have done but because of his own purpose and grace. This grace was given us in Christ Jesus before the beginning of time. (NIV)

Before He ever created the world, God determined – God planned and decreed – that Christ the Son would come to earth in the form of a man and die and be resurrected (1 Peter 1:19-21). Those who were to be redeemed were promised eternal life before the ages began – before time, before the existence of the world.

Repentance is a gift from God

Acts 5:30 The God of our fathers raised Jesus, whom you killed by hanging him on a tree. 31 God exalted him at his right hand as Leader and Savior, to give repentance to Israel and forgiveness of sins.

Repentance was first given to the Jews. The word “give” may simply mean to give, but it also means to grant, bestow, impart, permit, or cause. It means “To give grace, to grant a favor, or confer a benefit.” [1]

Acts 11:18 When they heard these things they fell silent. And they glorified God, saying, “Then to the Gentiles also God has granted repentance that leads to life.”

The word “granted” is the same word translated as “gift” in the previous verse. The church came to realize that God had expanded His agenda. He not only granted repentance to the Jews, but to all people of all nations and people groups.

2 Tim. 2:24 And the Lord’s servant must not be quarrelsome but kind to everyone, able to teach, patiently enduring evil, 25 correcting his opponents with gentleness. God may perhaps grant them repentance leading to a knowledge of the truth.

Once again, we see the same word “grant” in this verse. God calls us to salvation to actively and patiently share the gospel – the good news of Jesus – in hopes that God may grant the gift of repentance to those with whom we share.

From these verses, we may conclude that repentance is a gift from God – something man would be unable to do if God had not enabled him to do so.

Faith is a gift from God

Eph 2:8 For by grace you have been saved through faith, and that not of yourselves; it is the gift of God. (NKJV)

NIV – For it is by grace you have been saved, through faith – and this not from yourselves, it is the gift of God.

This verse is somewhat confusing as to which item is actually the gift – grace, faith, or salvation. Yet a straightforward reading of the English would make the pronoun “that” refer directly back to faith as the gift. Later, Paul would explain this even further.

Phil. 1:29 For to you it has been granted on behalf of Christ, not only to believe in Him, but also to suffer for His sake.

There is the word “granted” once again. Faith – the ability to believe – has been granted – given as a gift of grace by the will of God.

1 Cor. 4:7 For what gives you the right to make such a judgment? What do you have that God hasn’t given you? And if everything you have is from God, why boast as though it were not a gift?

Furthermore, the New Testament tells us specifically the source of saving faith.

Rom. 10:17 So faith comes from hearing, and hearing through the word of Christ.

Neither repentance nor faith (belief) that leads to salvation originate within the human heart. They are planted there by the grace of God through the word of God. That is why it is imperative that we fulfill the Great Commission as Christ commanded.

There is no divine spark – no element of faith within the natural heart of man which would cause him to knowingly seek after God. The Bible, in both the Old and New testaments, makes it very clear that no man has ever sought after God of his own volition.

Psalms 14:2 The Lord looks down from heaven on the entire human race; he looks to see if anyone is truly wise, if anyone seeks God. 3 But no, all have turned away; all have become corrupt. No one does good, not a single one! (NLT)

The idea is reinforced in the New Testament by Paul in Romans 3:10-12.

The Bible also makes it very clear that a lost person is incapable of calling on Christ for salvation until he is invited and empowered to do so.

1 Cor. 2:14 The natural person does not accept the things of the Spirit of God, for they are folly to him, and he is not able to understand them because they are spiritually discerned.

Rom. 8:7 For the mind that is set on the flesh is hostile to God, for it does not submit to God’s law; indeed, it cannot.

The ability to understand the things of God, to submit to God’s law, to repent and believe come as a result of being born again, which the is the work of the Holy Spirit. That’s what John 3:1-8 is all about.

There is much more that I could write here, but I will end with this extensive quote from John Hendryx. [2]

…repentance and faith…are not something that the sinner contributes to the price of his or her salvation.  They are, rather, the supernatural result of God working new affections in their soul.  Therefore, repentance is not something that the sinner is adding in addition to faith as a work, but both repentance and faith are seen as the infallible result of the new birth that is applied to sinners by the Holy Spirit.  A biblical understanding sees faith and repentance not as something we create or perform or supply, apart from regenerative grace.  The unregenerate are truly incapable of creating a right thought, generating a right affection, or originating a right volition, so God, in His mercy, gives to His people freely, that which He demands from us…

…the Scriptures teach that the very desire for faith itself is a gift of God’s mercy.  The idea that it is something that we ourselves generate in our fallen nature is the cause of great confusion in our day.  All evangelicals will agree that faith is our responsibility but a deficient view of man’s depravity has led to erroneous doctrines that make faith itself something we have to contribute to our salvation and therefore it is perilously close to trusting in something we do in order to win God’s approval for salvation.  If you don’t see this, ask yourself how a fallen sinner who hates God suddenly was able to generate affections for God.  If I share the gospel to two men sitting in the same room and one believes the gospel, why is it that he believed and not the other?  Was one more spiritual, have more love, have a better knowledge, originate a better thought?  From where in his soul did he get the power to believe? Any answer other than God’s pure grace is saying that God choose us because of something right or good within us.