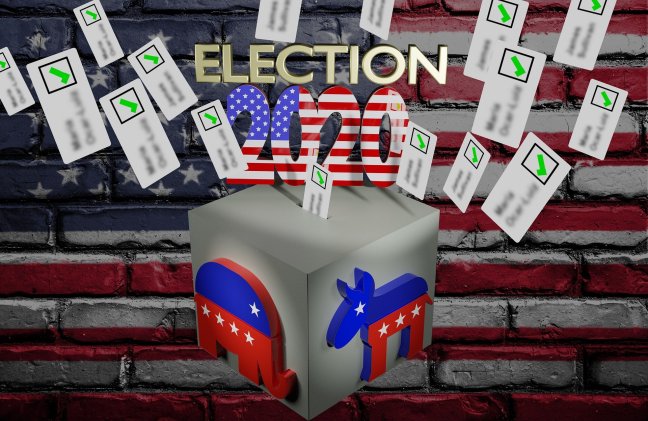 In the United States, we are only days from Election Day 2020 and the selection of a new President of the United States. I believe that most of us will be glad when it is over, though many will not be satisfied with the results. For many people in the Christian community, the choice is especially agonizing, because they see neither of the primary candidates as morally qualified for the position.

As happened in 2016, many evangelicals are choosing to simply forego the privilege of voting for either candidate. At least one noted evangelical leader supports the idea of abstaining from voting so as not to be a party to the failures and sinful characters of either party.

It’s only my opinion, but for me, abstention would be a desertion of my responsibility as a citizen of the country where God chose for me to be born. I wish I could quote a scripture that clearly teaches the importance of participation in one’s government, but I cannot.

Neither can I find a scripture that clearly tells me that participation in the affairs of state would bring about the condemnation of God.Though the point is arguable, I believe that “render unto Caesar” at least implies a responsibility to be an active part of the process of government.

Furthermore, refusing to vote would, in fact, be a vote, because my missing vote for the more qualified candidate could cause the lesser qualified candidate to be elected. But at least I could pat myself on the back for taking the moral high ground.

I could cast a write-in vote, but in light of U.S. history, such an action would almost assuredly put into office the very person that I dislike most. Again, I could celebrate a personal moral victory, but it would be a Pyrrhic victory.

The only thing left is to choose between the candidates at hand, even if it means choosing the lesser of two evils, an idea which is equally as abhorrent to me as the previous options. So what is a Christian to do? How do you participate in an election of immoral (or at least extremely controversial) leaders and continue to promote the righteousness of Christ? There seems to be a general disconnect here.

I know that the word of God can answer every question of life if we allow God to speak to us through it. I believe we might find an answer to this dilemma indirectly from the book of Habakkuk, a small, three-chapter text among the Minor Prophet section of the Old Testament.

Frustrated with the wickedness and idolatry of his nation, Habakkuk, a prophet of God to Judah, called on God to act. He challenged God on why He had not acted already, and cried out for an immediate answer.

And God did answer, though at first, the answer caused Habakkuk to violently recoil. If I may be granted some literary license, I will paraphrase what happened next.

In a very controlled yet firm voice, God answered Habakkuk, “Oh, my dear prophet, Habakkuk. I already have a plan for dealing with the sins of Judah. As with everything else in my eternal plan, I set the answer to your prayer in place before the foundation of the world.”

God revealed to Habakkuk that He (God) was going to judge Judah’s wickedness by calling upon the Babylonians (or the Chaldeans as they are called in Habakkuk) as his instrument of judgment. Habakkuk, intensely angered by such a revelation, argued vehemently against such an unbelievable, unexplainable, and unacceptable idea. How could God use a wicked ruler (Nebuchadnezzar) and such a wicked nation to carry out His righteous will?

Yet we know from the story recorded in Scripture that this is exactly what God did. To make the story complete, God promised Habakkuk that, even though the Babylonians would serve as His instrument for the moment, they would eventually be judged and punished for their wickedness. In the end, Habakkuk yielded to God’s sovereign will with worship and with praise.

Nevertheless, Nebuchadnezzar and the Babylonians were used by God to carry out His divine purpose. When Nebuchadnezzar began the conquest of Judah, there was some resistance, but in general, the resistance was futile against such an awesome army as that of Baylon, especially since they were instruments in the hand of God.

In fact, concerning this same subject, God instructed the prophet Jeremiah to tell the people to simply lay down their arms, surrender to Nebuchadnezzar, and go into captivity willingly. You can read the entire prophecy in Jeremiah 27, but here are some excerpts (God is speaking):

5 It is I who by my great power and my outstretched arm have made the earth, with the men and animals that are on the earth, and I give it to whomever it seems right to me.

8 But if any nation or kingdom will not serve this Nebuchadnezzar king of Babylon, and put its neck under the yoke of the king of Babylon, I will punish that nation with the sword, with famine, and with pestilence, declares the LORD, until I have consumed it by his hand.

11 But any nation that will bring its neck under the yoke of the king of Babylon and serve him, I will leave on its own land, to work it and dwell there, declares the LORD.”

On the face of it, this seems so incongruous – so hard to believe!

Why would God not defend Israel from such a wicked people? Why would God allow – or even more challenging – why would God choose a wicked ruler to hold such dominion over His own chosen people?

The short answer is “The Sovereignty of God.”

Here in this story we see God at work in the world, carrying out His perfect will through the free will decisions of men.

At the time of rise to power, Nebuchadnezzar had no idea that he was God’s man for the hour. When he conquered the world around him, including Judah, he did so believing that he was the greatest king and warrior in all of the world. Listen to Nebuchadnezzar’s own self-edifying (as well as self-condemning) words:

“Is not this great Babylon, which I have built by my mighty power as a royal residence and for the glory of my majesty?” (Daniel 4:30)

In his warnings to Nebuchadnezzar concerning his pride, Daniel stated in no uncertain terms, “…the Most High rules the kingdom of mankind and gives it to (or sets over it) whom he will (Daniel 4:25). Nebuchadnezzar himself came to understand this doctrine of God and expressed it in glowing terms following his restoration to power. (Daniel 4:34-37)

Since God is omniscient, and since He knows the end of all things from their beginning (Isaiah 46:10), He already knows who will win the election on November 3. In fact, He not only knows who will win, but He determined the winner before there were even any candidates from which to choose.

With that being the case, some might argue that they are justified in abstaining from voting since the outcome is a foregone conclusion, eliminating the need for man’s expression of his free will, but such a thought reveals an ignorance of how God accomplishes His purpose.

Although He does not need us, God has chosen to use man (and I use the term generically to refer to all people, both male and female) for the accomplishment of His eternal purpose.

God chose the nation of Israel to be His chosen people before they ever were a people. And He chose to create the nation by the slow and protracted process of procreation beginning with Abraham. Why didn’t God just instantly create a million people and call them His?

God planned for Pharaoh to be born at exactly the right time in history so that he would be sitting on the throne of Egypt when Moses called for the release of the Jews after 400 years of captivity (Exodus 9:16; Romans 9:17). Why didn’t God just kill this Pharaoh and replace him with another who would set the people free?

God chose Cyrus, the king of Persia, by name 300 years before he was ever born to be the instrument by which the Babylonians were judged and the people of Israel were freed to return to the Promised Land (Isaiah 44:38; 45:1-3). Why did God wait on Cyrus? Why didn’t He just say the word and release the people instantly?

God allowed Pilate to choose political expediency, overriding his own conscience and sense of justice in condemning Jesus to crucifixion. Why did Jesus have to die on a cross? It seems a cruel way to consummate the plan of redemption. It may seem to us that there must have been a better way.

But we would be wrong.

Except for a few occasions like the creation of the Universe, the resurrection of the dead, and the re-creation of the human soul in salvation, God always accomplishes His perfect will through the free will decisions of men.

When we understand that this is how God works, we realize that there is no conflict between the sovereignty of God and free will of man. This is simply how God gets things done in the economy of creation.

Thus if participating in the election feels like choosing the lesser of two evils, you are not guilty of a moral failure. Instead, you are a participant in the fulfillment of God’s eternal plan for the creation. The two primary choices for POTUS on the ballot this year are there because God chose them to be there.

And since everything that God does is righteous, for anyone to choose the lesser of two evils that God put before them as choices would not be an act of immorality, but an act of righteous obedience.

The best part of all this, to me, is that, since God determined the candidates from whom we have to choose, the personalities and/or character of the candidates becomes a non-issue when deciding for whom to vote. The question then becomes clearly one of policy and platform.

Personally, the choice is very clear. I will only vote for the person or party who refuses to justify or support the murder of unborn children. In this election season, only one party and one candidate fits that description.

In closing, let me add the following admonition:

Pray for God to reveal His will to you.

Act according to your understanding of that will.

Trust God for the outcome and be at peace.