Part 3 – Meaning and Usage I 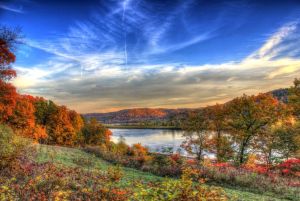 The second problem, which we will deal with in this article, is that such teaching focuses on the wrong thing – ourselves and our sin. Almost without fail, anyone who talks about or teaches about repentance places almost all of their emphasis on repenting from sin, and ignore or diminish the goal of worshipping Christ.

We tend to think that we are lost because we have done bad things; therefore, we must do something good to deserve the salvation of God. The truth is that we have done nothing to be lost except to be born with a sinful nature, evidenced by our immediate participation in sin. Our sins do not make us lost. We sin because we are lost.

If my conclusions concerning repentance are new to you or a bit confusing, it may help to know the process that I went through to build my doctrine of repentance. Let me walk you through the process of discovery of the error in usage of the concept of repentance that is so prevalent in the church today. I will expand on these in subsequent articles.

1. I did a word search in the Online Bible[i] for the word repent and found the word used 112 times in various forms in 105 verses in both the Old and New testaments.

3. Furthermore, when the Bible uses a form of repentance in direct conjunction with a form of the word sin, the word sin relates to a person, not an action. For example…

Luke 5:32 I came not to call the righteous, but sinners to repentance.

5. There are nine verses in the Bible that use the phrase “repent of” followed by some object or objects.

Five of these verses refer to the actions of God, not to those of a person.

In 2 Cor. 7:10, the phrase “repented of,” as used in the KJV, should better be translated as “regretted” or “without regret” (See almost any other translation other than the KJV).

In the remaining three verses (2 Cor. 12:21; Rev. 2:21,22), the word repent is followed by words related to sin. However, these verses are not calling for the sinner simply to sorrowfully acknowledge their sins, but to turn away from them in abhorrence due to the nature of the sin. (More on this later.)

6. Finally, the word “of” is a tiny word, but understanding its meaning is very important when understanding how a verse should be interpreted. The word did not originally refer to possession (a friend of mine) but to source of origin (a citizen of Georgia).

Now go back and reread 2 Cor. 12:21 and Rev. 2:21,22, substituting the word “from” in the place of “of,” and I believe you will agree that the intent of the verses is more clearly understood.

In Parts 1 and 2, the main point was the essential nature of repentance in redemption.

In Part 3, the main point is that there is no biblical reference that says that we must repent of our sins in the sense of naming them or simply acknowledging them. That is confession, which is an aspect of repentance, but which alone is insufficient for salvation.

In Part 4, we will continue our look at the meaning and usage of the word repent in the Bible.

[i] This title is somewhat misleading. The Online Bible is not actually online. It is Bible software that can be downloaded for free, although it may also be purchased on DVD, adding much more functionality. I have used it for years and would hate not to have it for reference.