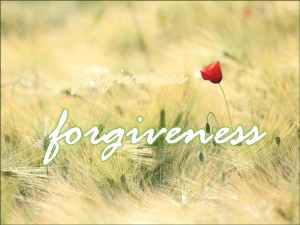 Several years ago, my wife and I learned that a couple related to us had separated and would most likely get divorced. The husband apparently committed an adulterous offense that the wife could not bring herself to forgive. In fact, she was so repulsed by his actions that she could barely stand to be in his presence for very long.

Please understand that I am not writing this to judge or condemn either of these great people. We love both of them. We prayed that God would perform a miracle of reconciliation in their lives. We prayed God would first restore them in their relationship to each other and to effective service in the ministry of the church.

Today, however, they are divorced. The husband remarried. The wife we lost touch with following the divorce. However, throughout their separation and their divorce and possibly even up until today, forgiveness was never even on this wife’s list of response options.

Murder, maybe, but not forgiveness.

As sad as such stories are, real-life events like this often bring the things of God into sharp focus. This event turned my mind toward the meaning of forgiveness and its place in the life of Christians.

First, consider this wife’s reaction to her husband’s breach of trust. Then evaluate the entire event in the context of eternity.

As I said earlier, this husband’s behavior had so offended his wife that she could not tolerate even being in his presence. Her only solution was separation. The husband made several attempts to reconcile with the wife, but she could not bring herself to even consider it.

Now multiply that wife’s feelings of revulsion by infinity.

When we do, we begin to draw a bit nearer to understanding the infinite depth of destruction that befell Adam, and all creation, when he chose to sin against an infinite, eternal, holy and righteous God.

Because of Adam’s rebellion, a vast gulf opened separating the realm of man from the righteousness of God. No matter how many times or by how many means Adam might have attempted reconciliation, he would never be able to convince a righteous God to grant forgiveness by his own devices or in his own power.

The remarkable difference between these two stories is that God places forgiveness at the top of His list of responses!

In fact, God put the plan of redemption – which includes the forgiveness of sin – in place before He ever created Adam.

2 Tim. 1:9-10 God saved us and called us to a holy calling, not because of our works but because of his own purpose and grace, which he gave us in Christ Jesus before the ages began, and which now has been manifested through the appearing of our Savior Christ Jesus, who abolished death and brought life and immortality to light through the gospel.

God is omnipotent – He knows all things – past, present, and future. This means that God planned to forgive Adam even before He created and before Adam sinned.

Adam was God’s creation – an integral part of His eternal plan – “for better or for worse.”

If we planned our marriages based on the same premise, maybe spouses would respond to the indiscretions of their mates in a very different manner.

If each future partner would determine in his and her own heart that they would submit to the concept of redemption and forgiveness before they ever agree to the creation of a marriage, then the likelihood of a failure in the relationship would hopefully significantly diminish.

If members of a church would commit to the concept of redemption as God designed it, even though they may be repulsed or angered by the offenses of other members, maybe they would not be so hasty to argue or to separate when conflicts arose.

If we truly understood God’s concept of redemption and forgiveness, in both marriage, in church relations, and in human relations, even if we were repulsed by the other person’s actions, maybe we would not be driven to separate from them but would be drawn toward them, willing to make a sacrificial effort toward reconciliation.

In this article, I want to make seven points about forgiveness. I will only write about the first two in this installment.

Forgiveness is hard because we are flesh and blood. We are not God.

I am convinced that forgiveness is an attribute that belongs uniquely to God. Only God can do it. There is no other power in the Universe that can forgive. It is that hard. William Barclay wrote, “God alone can pay the terrible price that is necessary before men can be forgiven.” [ii]

Only God can heal such glaring wounds that tear our hearts and bruise our souls. We, as mere mortals, are powerless against them.

For us truly to forgive requires our willful submission to God’s authority, allowing Him to work through our hearts and in our efforts. Without the power of God behind them, all of our efforts will never mend a broken heart or restore a violated trust.

Such mending requires the touch of the miraculous – something which is no challenge for God.

For this wife to have forgiven her husband would have required a supernatural intervention of the Holy Spirit empowering her to do what she could never do on her own – something she was unwilling to consider or submit to.

Here’s why: As God designed it, the process of forgiveness must begin with the one who is offended.

Yes, the Bible does teach that the process of forgiveness is never fully completed unless there is genuine repentance on the part of the offender.

The Apostle Peter preached, “Repent for the remission of sin…that your sins may be blotted out.” (Acts 2:38; 3:19)

There is no true forgiveness until there is actual repentance, but the process of forgiveness begins with the one who is offended. God himself modeled this for us.

Rom. 5:8 God demonstrates his own love for us in this: While we were still sinners (enemies of God in open rebellion against His person and His purpose), Christ died for us.

Someone said, “Holding on to anger is like drinking poison and expecting the other person to die.” The same can be said for being unforgiving.

Forgiveness prevents the bad behavior of another person from destroying your heart. Forgiveness is not just something that we do for others. We do it so that we can get well and move on with our lives.

But it does hurt, and it’s seldom easy.

There’s a lot more to say about forgiveness. In Part 2, I will write about the other five aspects of forgiveness. Thanks for visiting my page. Like it if you will. Share it if you enjoyed it. Subscribe if you would like to follow my blog. God bless.

By the way, many thanks to pixabay.com for the background picture that accompanies the graphic in this article.

[i] I did not read his book or use it as a reference, but just to be fair, these first three concepts, Forgiveness is hard, hurts, and costs, were used by David Augsburger, Cherishable: Love and Marriage. (New York, NY: Herald Press, 1971), p. 141. I apparently ran across a quote by him somewhere in my researching.

[ii] William Barclay, The Letter to the Hebrews. https://www.studylight.org/commentaries/dsb/hebrews-9.html