In this article, I will continue with the theology that derived from a conversation between my friend, Steve, and I several years ago (See Part 1). If you remember, I was thinking along a single, truncated track of redemption while Steve was thinking along a much grander pathway of eternity and glory. 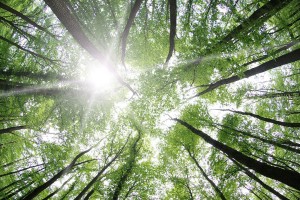 Of course it is true – God is our Redeemer and our Savior.

Isaiah 43:1 But now, thus says the LORD, who created you, O Jacob, and He who formed you, O Israel: “Fear not, for I have redeemed you; I have called you by your name; you are Mine.

2 When you pass through the waters, I will be with you; and through the rivers, they shall not overflow you. When you walk through the fire, you shall not be burned, nor shall the flame scorch you.

3 For I am the LORD your God, The Holy One of Israel, your Savior…”

When we come to recognize God as our Lord and our redeemer, we are thankful and our love for Him increases and motivates us to worship Him. (Notice that I did not say “make” Him our Lord. God is Lord of heaven and earth whether we acknowledge it or not. We do not make Him Lord.)

Yet, while it is true that God is the God of redemption, there is so much more for us to understand about who He is from what He has revealed of himself in the Bible. To see Him primarily as the God of redemption is sufficient to elicit praise and worship from His people, but it is a limited concept of God.

Unfortunately, this is the primary message of the gospel according to the church. God loves us and had pity on us in our fallen condition. Because of His love, God the Father sent God the Son in the form of Jesus to serve as our Savior to cleanse us of sin and to rescue us from death, and hell.

While this is wonderfully true, to stop at redemption and be satisfied that we have learned all that God intended is to drastically miss the point of Scripture.

There is very clearly something more to know about God beyond redemption, and something that He intends for us to learn from what He has revealed about himself.

Before there was creation – before there was redemption – there was God. He is the same yesterday, today, and forever (Isaiah 44:6). And everything He does is for His own glory (Isaiah 43.6-7).

For just a moment, let’s consider another sentient form of existence apart from humans – that is, angels. God created angels (Col. 1.16; Ez. 28.13-15), and He created them with personal will or else Lucifer and his followers could not have rebelled against God.

As far as we know, based on God’s revelation, angels cannot be redeemed. Thus Satan’s destiny has been the same since the moment he first determined to rebel against God.

We know that angels recognize God as Lord and worship Him and apparently do so in response to some motivation – maybe even love – but that motivation is not rooted in redemption since they cannot be redeemed (again, at least as far as revelation informs us).

Steve proposed that, for a moment, we forget about redemption. Take it out of the equation. Then ask the original question, “What is it that God wants us to know about Him?”

When God repeated and reaffirmed His promise to Abraham concerning the nation that would come from his (Abraham’s) seed, He also informed Abraham that that same nation would first go through a baptism of adversity as slaves in Egypt for 400 years (Gen. 15.13).

He also promised that He would judge Egypt and deliver the nation of Israel, bringing them out of Egypt “with great substance.” (Gen. 15.13-14)

Not only did God know that Israel would spend time as slaves in Egypt and ultimately be delivered from bondage. God was the instrument by which the entire process was set in motion.

If God is fully sovereign and omnipotent and omniscient (which He is), then the Egyptian slavery of Israel was not simply some accident of history, and the Exodus was not God’s response to the cries of the people of Israel, but was the intentional plan of God in the fulfillment of His eternal purpose.

If you have never thought like this, these are hard things to hear, but continue to read and ponder, and I believe you will not only come to understand the concept, but will come to a new admiration for God with a renewed desire to worship Him.

Let’s look at a couple of familiar examples of how this idea works out in the biblical story. First, a brief look at the story of Joseph. In the next article, we will go back to Abraham.

The story of Joseph is one of the most interesting stories in the Bible, telling how a group of jealous brothers sold their youngest brother (Joseph) into slavery, how Joseph thrived there and later became the second most powerful man in the nation of Egypt.

When famine threatened to destroy his family in the land of Canaan, Joseph intervened by asking Pharaoh for permission to bring his family to Egypt, which Pharaoh granted. In the meantime, God instructed Jacob to take his family down into Egypt in response to Pharaoh’s invitation. Jacob was not to fear the outcome of this migration, because God would accompany the people there and would make of them a great nation (Gen. 46.2-4).

At the very end of the story (Gen. 50.20), when Joseph revealed his identity to his brothers, he convinced them that they had nothing to fear from him because, even though their original intent to harm him was evil, God meant it for good.

The word “meant” in verse 20 (KJV, ESV) means “to devise, to plan, to reckon” and is translated “intended” in the NIV. The point is that God did not act reflexively. He did not suddenly realize that things were not going well for Joseph because of the evil actions of his brothers, and decide to thwart their willful intentions by converting those evil actions into good results for the sake of Joseph and the nation of Israel.

The meaning here is that God intentionally directed all of the events in the story of the life of Joseph, including the actions of the brothers, so that His purpose of removing Israel from the land of Canaan into the land of Egypt would be accomplished.

The point is that whatever happens in history and in the unfolding of creation is in direct fulfillment of the purpose of God in creation.

Paul referred to this as God’s eternal purpose (Eph. 3:11), meaning that it had its origin as well as its conclusion in eternity, not in time and space or in creation.

Therefore, God’s primary goal is not simply to rescue us from hell, to forgive us of sin, and deliver us from evil. Instead, everything that happens in our lives, both good and evil, are part of God’s eternal plan. God himself orchestrates the affairs of our lives so that they cannot help but accomplish His purpose and His will, which are always good (Rom. 8.28).